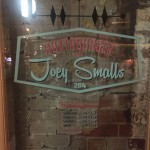 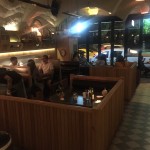 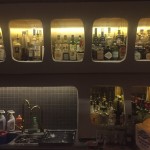 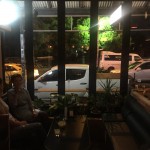 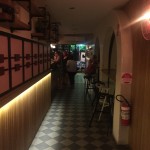 The place next door to the retreat what’s it called, yes that Huxtaburger, often do a lot of life problem solving here, Blue Moon on tap complete with the orange, often have PBS DJs here like Miss Goldie, was a succesion of shit bars before this one, mirrors everywhere, it’s like a crazy urban cave, heated beer garden, warning middle class hipster comment ahead, lots of sauce on the okonomiyaki fries (tasty but), came here during the Sydney Rd street party one year because it was new and empty, if there’s no DJ there’s often that “cafe slash bar” music playing, lots of lovely pine and little tiles half Ikea and half swimming pool but it works, unisex bathrooms and if it was raining you would get wet on the way there, floor isn’t always even, yes there is a dog outside the pub.

Revisit: we forgot to count the wines. By the way, there is totally a DJ in a former toilet stall.