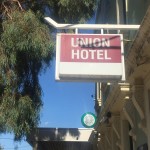 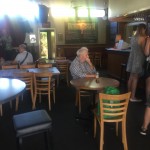 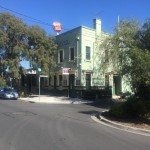 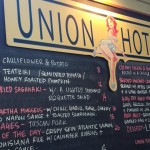 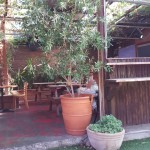 They actually have more wine but it’s by the bottle, always some middle aged country-ish band on the stage, classic pub foods, family fave as in there’s often kids running around, lovely MCG landscape in the beer garden, more places to sit and eat than there are to sit and drink, officially the closest pub to our house, it’s so nice isn’t it, we are never the oldest people here, chase the sun or the shade by sitting out the back or the front, vines in the beer garden are pretty, used to be a strip club that’s why the logo is a saucy lady, did they book Van Walker without Suzanne Espy I mean how do you do that, the Hargreaves Hill ESB is good, Elise who once lived down the road used to work here, one of the front doors is automatic that’s why there’s no handle, it’s just meh.